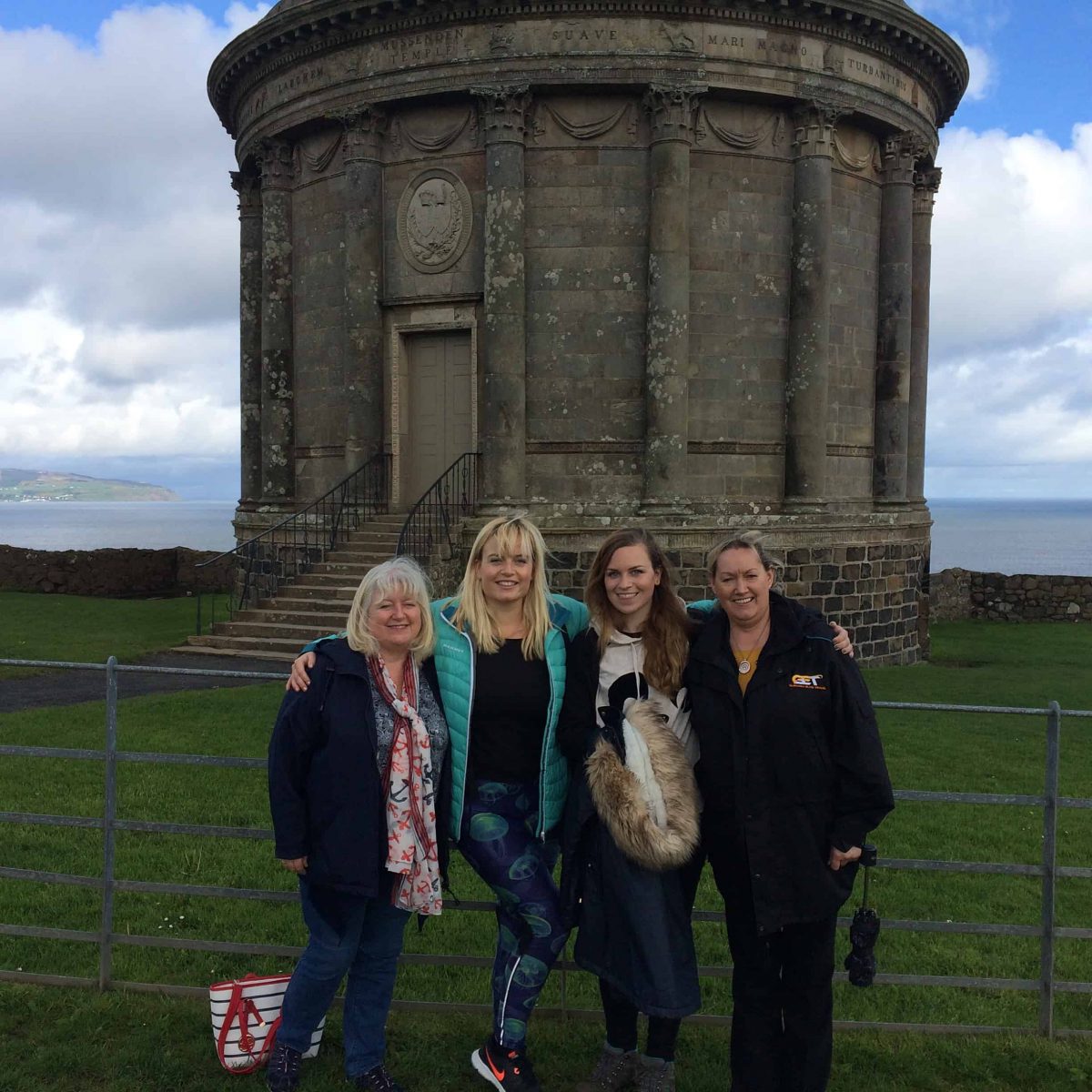 This is an article written by Tara on her blog site Whereistara I cannot believe it took me this long to wake up to how wonderful Northern Ireland is. It’s only a couple of hours up the road from Dublin, but I’d barely explored it at all. Luckily, this year I was given several opportunities to see it from different angles and I keep falling more and more in love with it. As you may have noticed from some of my previous posts, I am a Game of Thrones fan. I have now visited several of the filming locations in Northern Ireland and even a few SECRET ones. So when I was asked to try out a new Game of Thrones Doors and Food tour with Glenara Elite, I was pretty excited, food, drink AND beautiful Northern Ireland?! Sign me up

Glenara Elite Travel is a Northern Irish luxury tour and transport company run by Frances Galbraith. Her 16-seat mini van is plush, comfortable and intimate. I have done a couple of tours with Frances this year and have brought my mother with me on both occasions, and my sister on another. Frances drives all the tours herself and knows the roads like the back of her hand. After all, she has been driving buses in Northern Ireland for over 20 years. Apart from the Game of Thrones Doors and Food tour, she also does a Causeway Coast tour, golf tours, photography tours and tours of the Belfast Christmas markets.
There are 10 Game of Thrones Doors in Northern Ireland. In January 2016 storm Gertrude hit, felling two trees from the famous “Dark Hedges” GOT filming location in Northern Ireland. The Dark Hedges are probably better known to “thronies” as The King’s Road. The wood from these two fallen trees was carved into the 10 Game of Thrones Doors that are now dotted around Northern Ireland. Each door represents an episode from season 6. The doors are fully functional and are not just there for decoration. In fact, most of the locals seem to forget that they’re even there.

You can find out more about which cookies we are using or switch them off in settings.

This website uses cookies so that we can provide you with the best user experience possible. Cookie information is stored in your browser and performs functions such as recognising you when you return to our website and helping our team to understand which sections of the website you find most interesting and useful.

Strictly Necessary Cookie should be enabled at all times so that we can save your preferences for cookie settings.

If you disable this cookie, we will not be able to save your preferences. This means that every time you visit this website you will need to enable or disable cookies again.